Malaysia had a variety of temples. This was my favorite because it was so different than the others. Snake Temple in Penang, Malaysia housed poisonous snakes that were free to slither where they wanted inside the building, and were fenced in a large breeding area outside. When I entered the temple, I was very careful where I stepped and where I put my hands. 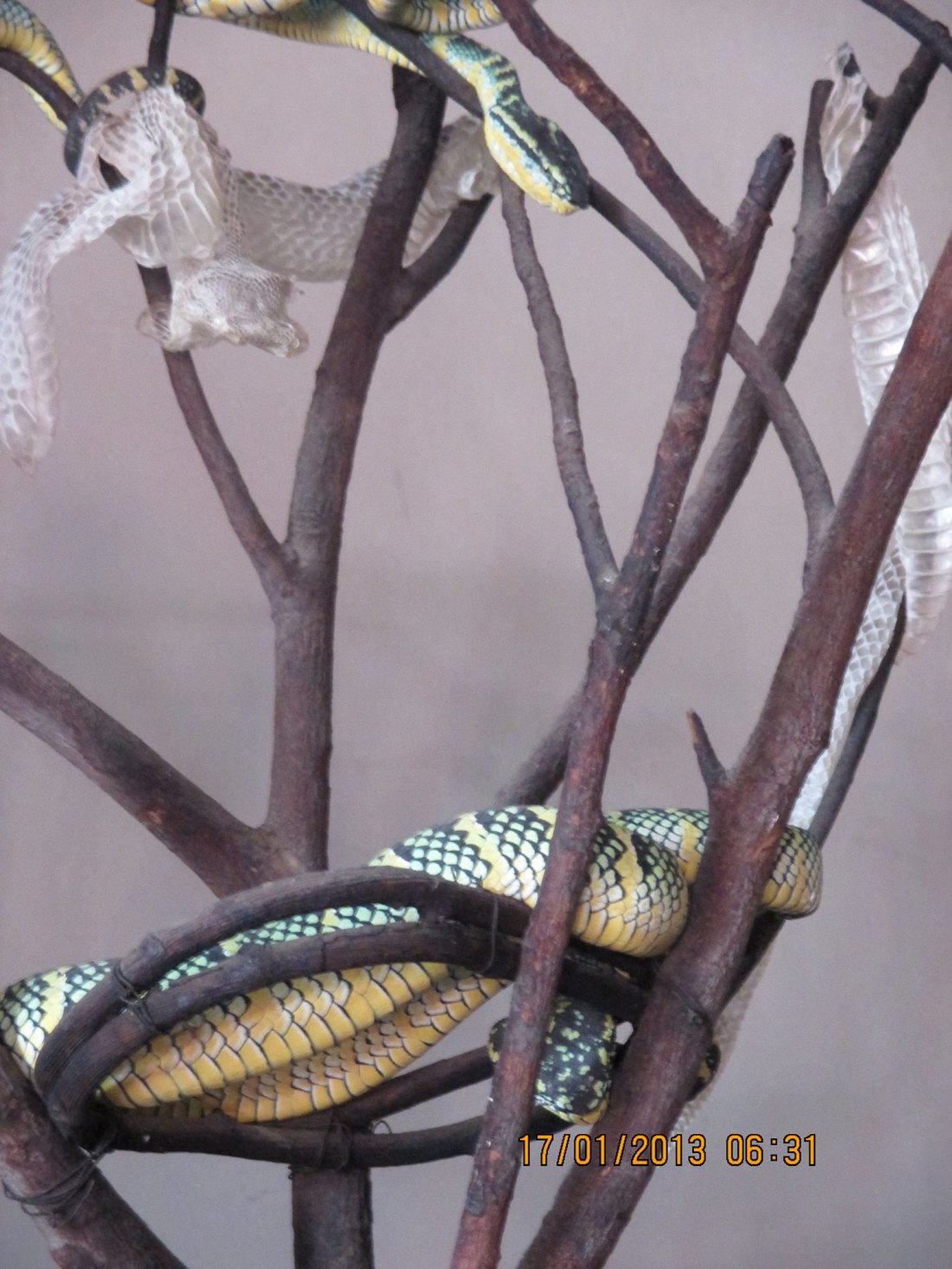 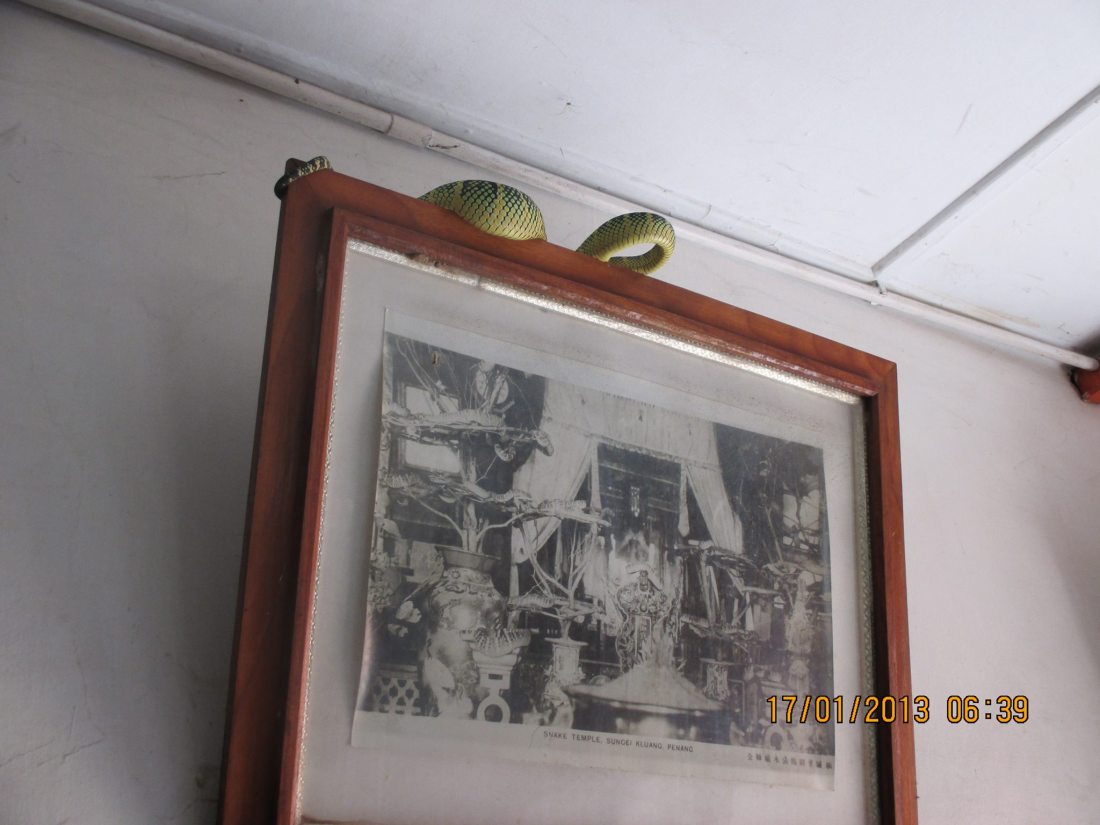 Snake on top of a picture frame 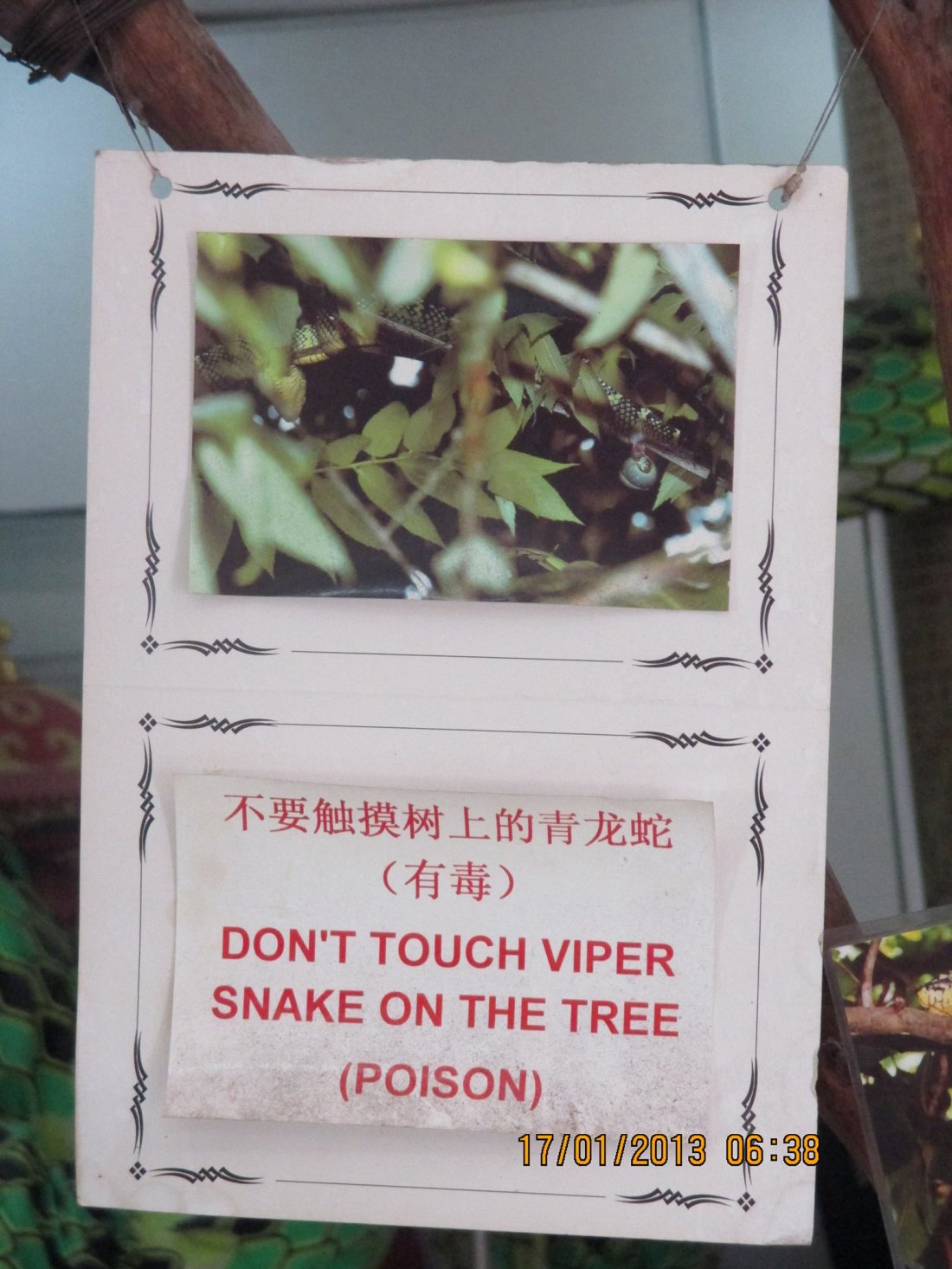 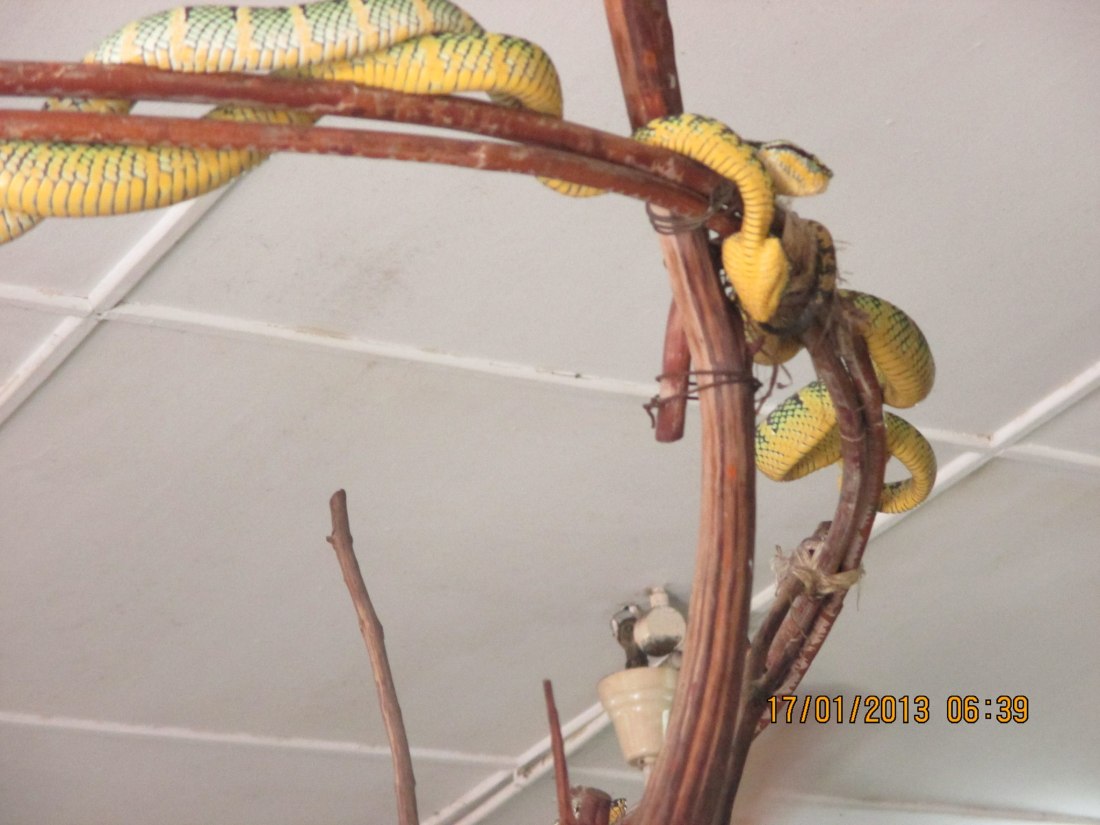 A local Malaysian family told me about an uncle who visited Snake Temple, and a viper fell into the hood of his jacket without him realizing. When he was leaving the temple, someone informed him of the snake. Within the next few years, this uncle became very rich. The family suggested that if a snake fell onto us, that we would be very lucky. 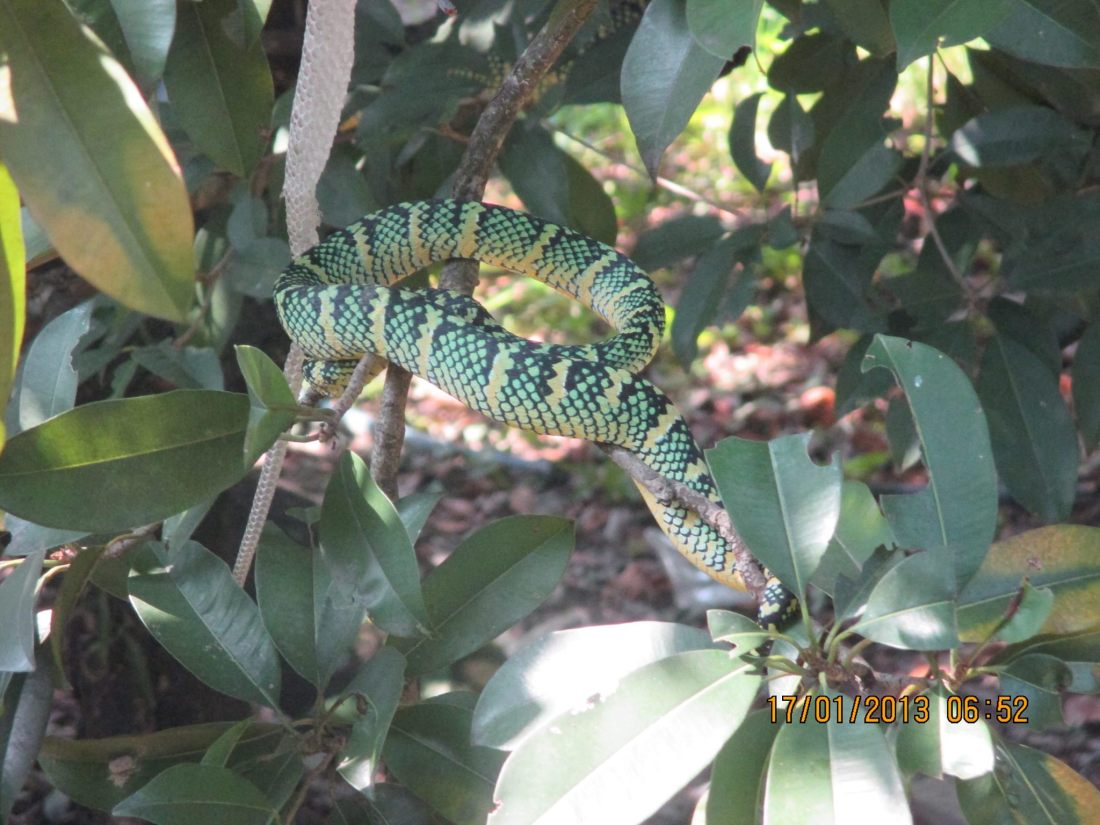 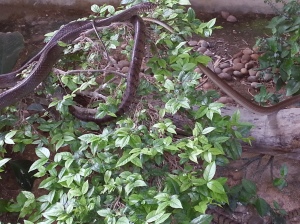 I am already lucky. I did not want a snake falling on me. 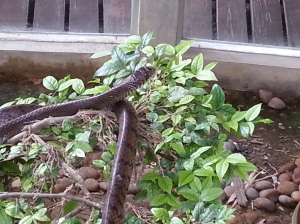 The snakes were very relaxed and none were aggressive. Of course, no one was messing with poisonous snakes either. 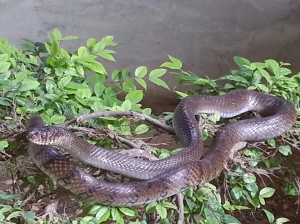 All in all, a unique experience.